Dr. Karry Don Wesley, son of the late Deacon Henry Lee and Annie Mae Heard Wesley, was the eighth of thirteen children born on January 17, 1961, in his beloved Camden, Arkansas. He departed this life on Wednesday, November 13, 2019. 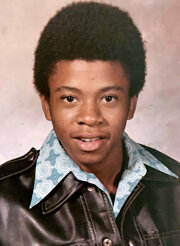 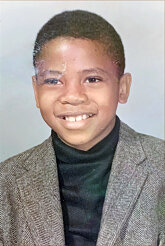 Karry gave his life to the Lord at an early age at the Zion Hill Baptist Church. At the age of 15, he accepted and acknowledged his call to preach the gospel of Jesus Christ. He often told the story of sharing his call with his Mom. She responded by throwing a skillet at his head saying, “Boy don’t be playing with me!” She praised God for saving and calling her son into the ministry and accompanied him on as many engagements as she could.
A good student academically, Karry was engaged in extracurricular activities including football and track. He was most proud of his involvement with the Vocational Industrial Clubs of America (VICA), where he served in statewide positions, including that of President. It was in that capacity that he spent time with then, Governor William (Bill) Clinton.


After graduating high school in 1979, Karry was unsure of his next step. Having been accepted into several major universities including Princeton, he was then strongly encouraged by his pastor to attend Bishop College instead. He submitted. Loading his car with clothing and enthusiasm, he traveled four hours to Dallas, arrived on campus, and upon seeing the school, immediately turned around and drove back to Camden! After spending hours sharing and listening to the counsel of his oldest sister Annie, he returned.


As an undergraduate student, Reverend Wesley studied Religion and Psychology. He was active with the Minister's Lyceum, and on April 1, 1983, he was the lone initiate into the Epsilon Gamma “Outlaw” Chapter of Alpha Phi Alpha Fraternity, Incorporated. His name was “Solo”.
During his college years, he was bitten by a brown recluse spider and subsequently hospitalized. It was during this time that he met a young lady who, along with her friend, visited and prayed with the young preacher during one of her weekend trips home from school. They dated for a short period of time. He received his Bachelor of Arts Degree in 1984 and returned to Camden. Upon returning to begin graduate school in Fort Worth, they reconnected, became engaged, and were married on December 14, 1985.


In 1986, on the campus of Bishop College, Reverend Karry Wesley began the trek that would lead to the birth of the Antioch Fellowship Missionary Baptist Church. He and his wife Cheryl accepted the call as Pastor and First Lady and prepared to move forward in the name of the Lord. In just two years, membership grew from 500 to 1,000 while worshipping on the campus of Bishop College. It also led to finding a permanent home for the church. In 1987, worship services began at the new home at 7408 South Hampton Road in Dallas. While leading this new congregation, Pastor Wesley’s educational pursuits continued. He earned his Master of Divinity in 1991 from Brite Divinity School on the campus of Texas Christian University in Ft. Worth, Texas. In 1998, Pastor Wesley earned the distinction of being the first African American doctoral candidate at Phoenix Seminary in Arizona where he received the Doctorate of Ministry Degree. During the next few years, under Pastor Wesley’s dynamic leadership and obedience to God’s vision, some 25 new ministries were established to reach the community.

As a result of those efforts, many lives were blessed. Each year the church spends over $600,000.00 in the area of outreach. The membership was still rapidly growing, so much so that he instituted three Sunday Morning Worship Services. But there was still a need for an overflow section to accommodate the members and visitors. Seeing it as a blessing, Pastor Wesley began the next steps in planning how to accommodate the growth. His vision led us to our current 84,000 square ft. facility at 7550 South Hampton Road, where there are 25+ administrative staff personnel. Also, a 45,000 square ft. worship center accommodates the members during the Sunday morning worship services. Additionally, there are more than 60 ministries reaching within the congregation and beyond, going out into the community. A noted author, Pastor Wesley has written more than ten books on dealing with various aspects of the Christian life, as well as study guides for the Bible: • The Study of the Gospel of Mark • If This Marriage Was Made in Heaven, Why Am I Going Through Hell • Hanging Tough in Tough Times • Rejoicing in the Lord: The Study of the Book of Philippians • Moving in the Wrong Direction: Study of the Book of Jonah • The Best is Yet to Come; Study of the Book of Ruth • Faith Without Works is Dead; Study of the Book of James • Let’s Stay Together • The Joseph Story • A Study of the Book of Ephesians: The Road to Redemption and Reconciliation • The Study of the Gospel of Matthew, V.1. • Numerous Alliterated Sermon Outlines

He served faithfully 33 years as the Founder and Senior Pastor of the Antioch Fellowship Missionary Baptist Church, where his vision was to reach, teach, and preach to those who are a part of the Christian faith as well as those outside of the Body of Christ. Pastor Wesley was called upon often to spread God’s message throughout the community by speaking at various conferences, seminars, revivals, and programs throughout the country. His desire to fulfill the Great Commission and take the gospel to the uttermost parts of the world was accomplished through the broadcast ministry of “A Word to Live By.” The ministry launched in 2007, on the Genesis Television Network, moved to KTXA-21, in 2009 and in 2013, secured time on WFAA-8, on Sunday mornings, at 6:00 AM CT. Listed are just a few of his affiliations and awards: • Alpha Phi Alpha Fraternity, Inc., Epsilon Gamma Chapter • Northwestern District Baptist Association • African American Pastors Coalition • Chaplain for the Precinct #4 Constable Office • National Baptist Convention, USA, Inc. • 1997 Leadership and Humanitarian Service Award, Alpha Phi Alpha Fraternity, Inc. Epsilon Gamma Chapter • 2009 Minister of the Year, International Ministerial Alliance of Greater Dallas • 2013 Omega Citizen of the Year, Omega Psi Phi Fraternity, Inc., Theta Alpha Chapter • 2018 - Distinguished Friends Awards, Liva P. Atkins • 2018 - Omega Citizen of the Year, Omega Psi Phi Fraternity, Inc., Mu Gamma Chapter • 2018 - Religion Humanitarian Award, National Council of Negro Women, Inc. • 2018 – Juanita Craft Award for Faith-Based Engagement, NAACP – Dallas


Dr. Karry Wesley was not only concerned about his Antioch Family of Faith, but also his community at large. He was politically astute and engaged in city and districtwide affairs and encouraged others to become involved in local, state, and national issues. He was a proponent of the healthy family unit and adamantly opposed violence of any sort, especially that pertaining to women, children, and even men in domestic situations. He loved and fully supported Debra Bowles, Founder of Women Called Moses, and other organizations that were providing direct care and services to others. In 1992, he became a part of what’s now known as The Bishop Five, organized by Willis Johnson. This group of dedicated pastors sponsored an Annual Revival to provide financial support for Paul Quinn College. They conducted the services for 10 consecutive years, returned for two years 2006/2007, and provided over $3 Million for Paul Quinn College.

Dr. Karry Wesley was a man of wisdom, integrity, and love for others, with his family leading the list. He often shared with his congregation that he was first a Partner to Cheryl, secondly a Parent to Chris, Karl, and Charles, and then a Pastor. With family surrounding him, the Reverend Dr. Karry D. Wesley was called from labor to reward on Wednesday, November 13, 2019, at 10:39 AM.